skip to main | skip to sidebar

1. INTRODUCTION
The Tree species formerly identified as Bassia butyracea(Roxb) and Madhuca butyracea (Roxb) by some of the researchers, is now defined as Diploknema butyracea in Botanical Science. It is commonly known as Phulwara (Phalwara), Phulwa, Phulel or Chyur in Northern parts of India, Chyuri in Nepal and Gophal in Bengal. It is also known as 'Indian Butter Tree' as it produces oil seeds, which are rich in oil contents and at lower temperature it transforms into fat and looks like butter or ghee. This tree is also quoted as "Kalpbriksha" as apart from soil and water conservation, it is also a rich source of many useful substances like oil (edible and non-edible), gur (jaggery), honey, fodder for animals, medicines and pesticides.

2. DESCROIPTION OF TREE AND ITS PARTS
It is a fast growing-large decidious tree, with a height of 40 to 60 feet and attains the girth about 6 to 10 feet.
(a) Leaves are Thick, dark green with 6 to 12 inches length and 3 to 6 inches width.
(b) Flowers are Light greyish white with sticky and fragrant substance. Flowering onset in February, March.
(c) Fruits are Ellipsoid, 1-1.5 inches long. When ripen, the pulp is juicy and sweet.. Contains sugary pericarp and 1 to 2 kernels in a shell. The fruiting season starts from April and lasts upto September-October.
(d) Kernel/Seeds are Glossy dark brown shell, about 0.75 to 1.00 inches long, contains white substance, which is rich in fats and oils.

3. DISTRIBUTION OF CHYUR TREE
A Large number of Chyur trees is found throughout the sub-Himalayan tract upto the altitude of 5000 feet AMSL. It is distributed in the foothills of Himalayas i.e. hills of Himanchal Pradesh, Uttarakhand, Nepal, Bhutan, Sikkim, West Bengal, Arunachal Pradesh, Meghalaya and adjacent parts of North-East region, having similar agro-climatic conditions. Diploknema butyracea is also found in moist deciduous forests of Andaman and Nicobar Islands.

4. USES OF PRODUCE OF CHYUR
Though the tree is used for small timber, fuel, fodder, Dona pattal etc., the seed oil, honey and gur make the tree prominent in rural economy. In present context of Tree Borne oil seeds, the uses of fruit and seeds are described as below:
Structurally the fruit is a berry, possesses the outer (i)pericarp and (ii)inner seed and kernel.

Pericarp
The pericarp contains thick and soft pulp, which is sweet in taste and being used for making gur(jaggary) by crushing it and drying by boiling in conventional method. The gur is reported tasty and sold in local market at remunerative prices. The residuals are used as animal feed by mixing it with fodder.

Seed/Kernel
It is the inner part of fruit, whcih is 0.75" to 1" long, covered with a thin but hard and glossy dark brown coloured shell. It contains fats which is about 60 percent of the weight of seed/kernel. In addition to the fats, it contains saponins. It burns without emitting smoke when used as oil wick. Therefore, this oil can be used as bio-fuel especially in pumpsets, generators etc.

The oil cake is used as worm killer, especially in the grass lawns, golf grounds and other play grounds. It is also used as substitute of manure in some cases. It is considered to be useful for making insecticides indigenously for horticultural crops.

The oil cake, which contains saponins can be used for making soap, cosmetics and for medicinal purposes. After removing saponins, oil cake can be used as cattle feed, which has rich nutritional value.

The Chyur oil is considered to be useful remedy of remedy of rheumatic pains. It makes the skin softer and used for treatment of sole cracks.

5. YIELD AND INCOME
The Chyur tree in a natural condition starts flowering and fruiting from 5th to 7th year onwards and the economic life of tree is reported to be more than 50 years. A few studies conducted in Nepal revealed that on average 01 quintal fruit can be obtained from a fully grown tree (20 years) , which contain average 15 Kg of seeds. As the seeds contain about 70 percent of kernel i.e. nearly 10 Kg of kernel are obtained per tree, of which 5 Kg oil is obtained per tree. As the present rates of Chyur oil/ghee is Rs. 70 per kg, an average tree generates Rs. 350 annually.
Similarly, the pericarp of fruit contains carbohydrates, which is a rich source of sugar or gur (jaggery). The yield of gur is reported to be about 4 to 5 Kg per tree. The income from gur per tree, Therefore is estimated as Rs. 600 @ Rs. 150/Kg.
The estimated income from oil and gur works out to be Rs. 1,000/- per annum per tree. In addition to these two major bi-products of Chyur, oil cake and the residuals of pericarp will also fetch some income. It may therefore be concluded that a farmer having 25 trees may fetch an income from Rs. 25,000/- to Rs.30,000/- annually on a regular basis, besides enjoying other ecological benefits.

6. PROSPECTS
For the past many years, Government of India have been formulating various plans for making the country self-sufficient in edible and non-edible oils. Whereas, the wasteland development has been one of the thrust areas in the Government plans, one hand, the self-sufficiency in edible and non-edible oils as bio-fuels has been identified as a timely demand on the other. Keeping in view, the above, the plantation of Chyur trees on wastelands throughout the Himalayan sub-tropical belt and in Andaman & Nicobar Islands would be a prudent and wise measure.
Moreover, unemployment and under-employment in the rural areas has been a challenge before the planners of our country. Plantation of Chyur in a large scale would not only result in augmenting the income generating employment in hilly areas, but will also be a step forward in soil and water conservation and waste land development.

7. SUGGESTIVE ACTION PLAN
I. Existing Pockets of Chyur grown localities are required to be identified.
II. Suitable agro-climatic locations are required to be identified throughout the Himalayan sub-tropical region and also in Andaman & Nicobar Islands.
III. The Nodal Department at District Level may be identified for promotion of Chyur and other TBOSs.
IV. Concerned State Government (Departments) have to come forward for making suitable provisions to utilize the waste lands/panchayat lands in the rural areas.
V. State Forest Department may include the Chyur plantation in their working plans.
VI. Nurseries are required to be set-up at easily accessible locations.
VII. NGOs may also be associated with task of propogating the various activities related to preservation of existing trees, plantation of Chyur and various uses of produce of Chyur.
IX. Genetic improvement and manipulation of plant through plant breeding, genetic engineering and tissue culture.
X. Plantation of Chyur to be undertaken in the wastelands by associating the concerned village Panchayats. A certain number of such planted trees can be allotted to the villagers, which can be decided by the Village Panchayats/Gram Sabha.

Forest stand/ Plant Population:
No organized plantation of the species either on forest land or private lands.
No documentation on such plant population.
Estimated plant population in Pithoragarh and Champawat district is about 10000.
ü Champawat Forest Division has been identifies as "Centre of Excellence" for Chyura cultivation by Government of Uttaranchal. Thus a number of steps are being taken to propagate cultivation of Chyura in the area.
ü Forest Division, Champawat Division has established nurseries at the following sites.
(a)Gurna-Santoal (b)Bhingara (c)Chhinda (d)Merkot (e)Vanlekh (f)Ranshal
ü Forest Department has planted crops of Chyura in 5 ha of land at Bhingara. In addition, mixed plantation of Chyura has also been raised at Chhinda.
Importance and Uses: Potential / Opportunities
Chyura is multipurpose tree.
Leaves are used for fodder.
Wood provide quality fuel and is also used for funiture making.
Flowers are used for Gur(Jaggery)
The flowers and florescence are good source of forage for honey bees. Bee Keeping
Seeds are used for extraction of Ghee.
Oil cake is also being used as insecticide, fish feed and fertilizers. It makes good soap and made into candles which burn without smoke or unpleasant smell. It is also used as an external application for headache and also for rheumatism.

Bark is used as in treatment of rheumatism, Ulcer. itching, etc
Yield:
ü Chyura tree generally starts flowering from 6th year of its age and the economic life is about 40 years.
ü A mature tree yields about 4-5 quintals of fruits per year which contain 50 percent of seeds.
ü 1 Kg of seeds yield about 0.6 Kg of oil. So oil yield/ tree would be 1.2-1.5 quintal per year. Oil and Oil cake ratio is said to be 6:4
ü The present selling rate of Chyura oil is about Rs 60.00 per kg which is being sold locally on small scale.

Market:
No organized market for Chyura ghee and oil. It is mostly used by poor families, or villagers who collect it from the forest. Ghee is generally used in adulteration of milk-ghee. The availability of ghee and gur in the market is very poor. The sale rate of ghee is Rs. 60-70 per Kg and gur is sold at Rs. 150 per Kg. 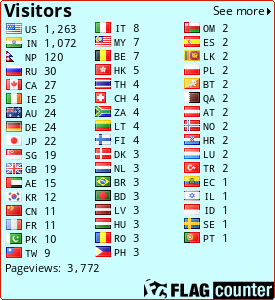